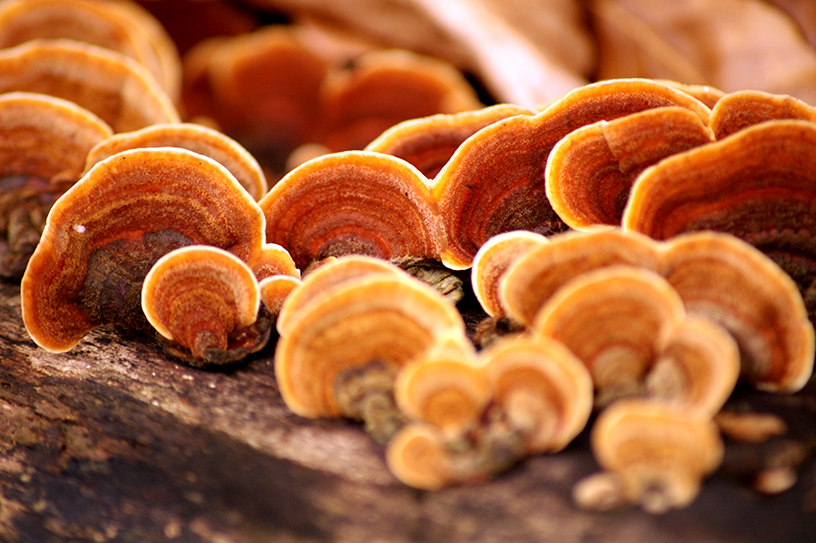 Fungi is a major kingdom among eukaryotic organisms. Fungi do not contain chlorophyll and are heterotrophs, rather than autotrophs. To take in nutrients, Fungi release digestive enzymes into their environment to absorb food. Yeasts are one of the largest groups of fungi. In most cases, the main body of the fungus consists of the mycelium which is composed of hyphae. Reproduction generally occurs through asexual reproduction of spores through mitosis. In cases of sexual reproduction, the spores are produced by meiosis. Before meiosis can occur, two mating strains are often required to cross. The most common dominant phase of the life cycle among fungi is, haploid or n + n; unlike the diploid state of most other eukaryotic organisms.

In this practical, students are introduced to the Kingdom Fungi through observation of a few characteristics of a relatively primitive and a highly advanced fungus. To begin exploring Kingdom Fungi, students study two phyla; the zygomycetes and basidiomycetes. Fungi are divided into phyla based on the sexual stage of their life cycles. In Phylum Zygomycota reproduction, the hyphae of the two strains fuse, initiating the sexual phase of the life cycle. The fusion produces a dark zygospore, which constitutes the entire diploid (2n) stage of the life cycle. Meiosis within the zygospore restores the haploid state at germination. The zygospore is unique to this phylum. Like Phylum Zygomycaota, Phylum Basidiomycota usually reproduces through fusion of + and – strains; however, this occurs before mushrooms form and requires the two strains nuclei to remain separate so that each cell has two nuclei until just prior to spore formation. Furthermore, the nuclei fusion produces a diploid cell (zygote) that undergoes meiosis to produce four haploid spores. This phylum; which includes mushrooms and a number of plant parasites, is characterized by these spores borne on top of a cell or mass of cells called the basidium. This is an excellent opportunity for students to contrast and compare different fungi, as well as gain a closer look at fungi structures and spores under a microscope. Additionally, students learn the differences between sexual and asexual reproduction within the Fungi kingdom