The Genetics Behind Lactose Intolerance 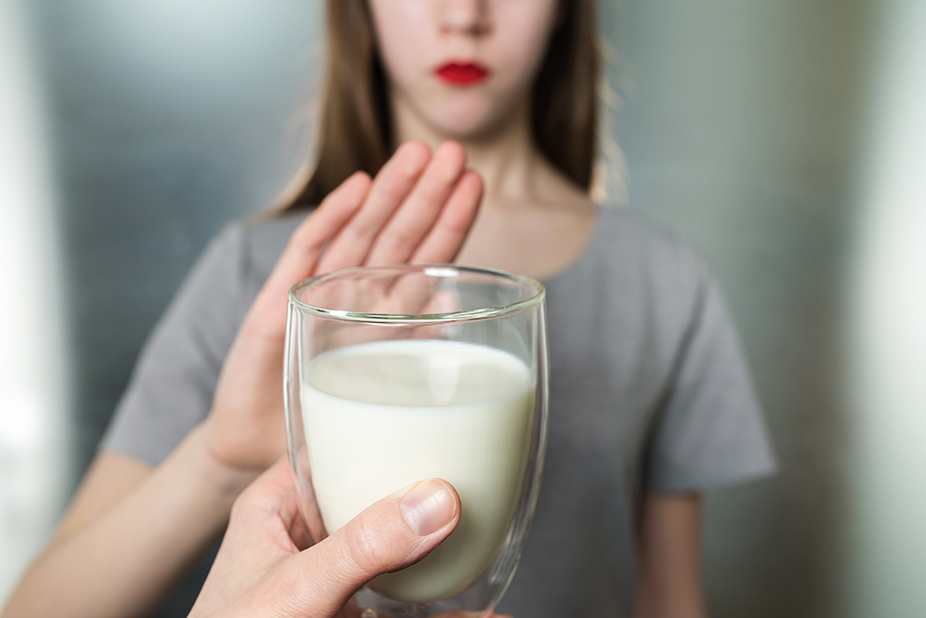 The vast majority of humans along with other mammals, are born with the ability to digest lactose. Lactose is a disaccharide present in the milk of mammal mothers. Lactose fulfils a significant amount of newborn infants energy requirements. During the process of milk digestion, lactose is broken into 2 monosaccharides, glucose and galactose. This is done by an enzyme called lactase, which can be found in the  small intestine. After this split, the monosaccharides are absorbed by the small intestine where they then enter the bloodstream. Lactase is essential to the breaking down of lactose in the body and is found in the microvilli (small finger like projections) of the cells lining the small intestine. Made in the small intestine, lactase is made in a pH environment that ranges between 6 to 8. The pH is 6 to 6.5 where the intestine is close to the stomach; however, the optimal pH for human lactase production is 6.0. When the pH reaches from 8 to 9 its maximum activity decreases to 50% while it is practically inert at a pH below 3. For the majority of the population, lactase production will diminish between 2 and 12 years old. The cells that produce lactase are programmed to stop producing large quantities of the enzyme as the body matures into adulthood. Whilst it is no longer expressed or is expressed only at very low levels, the lactase gene remains intact.

What is Lactose intolerance

Lactose intolerance is a result of an insufficient or nominal amount of lactase production. This makes it difficult for sufferers to comfortably digest dairy products that contain lactose. Many are very limited in the amount of dairy they can consume without digestive discomfort. Lactose intolerance can emerge when the individual has a condition that damages the lactase- producing cells in their intestines. Celiac disease sufferers have an immune reaction gluten proteins found in some grains. With the continuation of the disease, the intestinal lining is damaged as a result of immune reactions. This damage to the intestinal lining is so extensive that the lactase is no longer produced. Lactose intolerance and lactase deficiency, which is relatively rare, are two different things. Individuals with lactase deficiency have a “congenital lactase deficiency". This means they are they are unable to make any functional lactase enzyme throughout their lives.  One way lactase deficiency occurs is through the presence of a mutation that creates a stop codon in the lactase gene.

Lactose intolerance is widely understood to produce excessive gas, bloating, and abdominal pain when lactose is consumed. Some individuals suffer from diarrhoea, as well as other lesser known symptoms. Most discomfort is caused as bacteria in the large intestine attempt to digest lactose. The large intestine produces hydrogen, methane, and carbon dioxide gas as the bacteria ferments the lactose. Bloating and abdominal pain follows the production of excess gas. Furthermore, the hydrogen acidifies the intestine leading to the lactose increasing osmotic pressure. The flow of fluid and ions into the intestine increases with the additional acid and osmotic pressure, leading to diarrhoea. People who produce regular quantities of lactase have the ability to successfully digest lactose in their small intestines before it can reach the large intestines and cause discomfort through the production of excess gases and acids. A minority of people who are lactose intolerant, also suffer from more systemic symptoms in other parts of their bodies (besides their intestines) are affected. Some scientists hypothesise that these symptoms may be linked to compounds produced by lactose-fermenting bacteria in these individuals’ large intestines.

Approximately 75% of the adult world population is estimated to be unable to digest lactose. The ability to make lactase as an adult varies between populations. The largest prevalence of lactate production into adulthood is found in populations of northern Europeans descent and among some African tribes. This ability has been frequently linked with 2 single base pair changes found commonly in  northern Europeans or in people of northern European descent. The 2 single base pair mutations can be found in the same region of the human genome. The base change most closely associated with adult lactase expression in Europeans, changes a cytosine 13,910 base pairs upstream of the lactase gene to a thymine. Evidence suggests that although Cytosine-to-thymine change is in a different gene, it affects the regulation of lactase gene transcription. However, the potential causes of lactose intolerance extends beyond the 2 mentioned commonly found single base pair mutations; there are various single base pair changes linked to this inability of adults to express lactase.

Examination of the sequence of the genomic DNA surrounding these different single base pair changes comparative to different populations revealed that a number of the changes arose independently in different populations. Studying the DNA sequence of the human genome generates an understanding of the origin of many of these mutations occurrence. Mutations are found in populations located where the mutation originally arose as well as other populations. Migration patterns have had an impact on where the mutation that allows for lactase production into adulthood is found. The most common mutation first arose in northern Europe, most likely in what is now known as Sweden, but is now found in populations in other parts of the world. The most common mutation is found at fairly high frequency in Swedish populations, yet decreases in frequency further east and south in Europe. This is likely a result of the uneven population spread across Europe, meaning the mutation arose sporadically.

It is estimated that humans began to consume milk from other animals approximately 9,000 years ago in the Middle East. It is suggested that during this time cheese making also began. This is important to note as there are cheeses that contain minimal to no lactose and could have potentially been eaten by people with low levels of lactase production. It is currently believed that human’s ability to produce the lactase enzyme into adulthood arose after dairying practices began. Those not producing lactase into adulthood would have benefited from dairying practices that produced cheese with little to no lactose. However, populations that expressed lactase into adulthood would have had access to the milk as well as a broader variety of cheeses. This had the potential to allow them as well as their offspring a selective advantage, which would have led to the spread of the allele in the population.