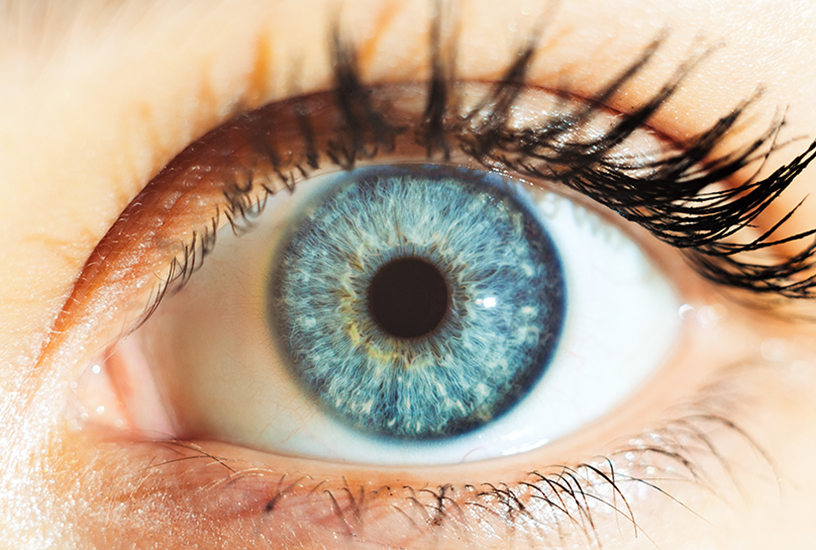 Conducting a quick comparative study of both giraffes and humans will reveal two sets of very different eyes. Although both are mammals, you will notice that human eyes are situated in the front of the head, whereas a giraffe’s eyes are positioned on the sides of its head. The positioning of an animals’ eyes reveals the type of vision they have and their relative position within the food chain. Predators (including humans) typically exhibit binocular vision, whereby both eyes look towards the same direction and located toward the front of the head. Whilst human eyes may look in the same direction, each eye sees a slightly different image. The brain has a tendency to accept the images produced by one eye over another. This preference is called Ocular dominance. Estimations suggest that 1/3 of all humans have a dominant right eye, whilst 1/4 are dominant in their left eye. Rare cases exist where neither eye is dominant over the other. Binocular vision depends upon the brain interpreting two images as a complete picture with enhanced depth. Predators use depth perception to aid in their hunt for food. Predators would struggle finding and capturing prey without binocular vision and proper depth perception. Unlike humans, giraffes have panoramic vision, which means they can see in different directions simultaneously as their eyes are located on the sides of their head. This is an evolutionary attribute. The anatomy of prey species such as giraffes prioritise being aware of their surroundings.  Panoramic vision allows prey a chance to run or hide from predators, but it does not allow the brain to perceive depth as accurately as binocular vision.