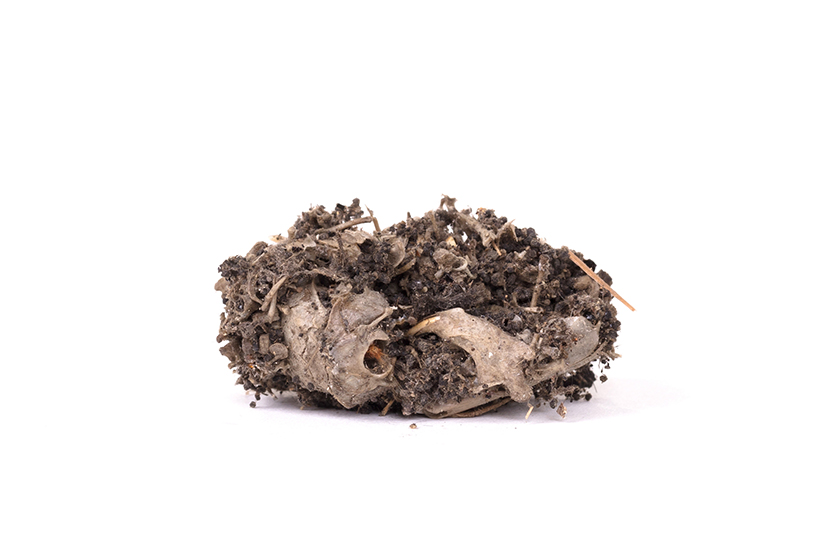 Owls are birds of prey that hunt during night-time, and frequently swallow their catch whole. When they are not able to swallow their prey whole, it is ingested in large pieces. After it is swallowed, the prey travels down to the Owl’s stomach. Their unique stomach physiology includes the Proventriculus (the upper portion) and a Ventriculus or Gizzard (lower portion). During the first stage of digestion, the acids and enzymes within the Proventriculus partially digest the prey. The remains then travel to the Gizzard, whereby the indigestible parts of the prey; such as hair, bones, teeth, and feathers, are compressed to form a matted pellet. The pellet then re-enters the Proventriculus to remain there until the Owl regurgitates it as a pellet. Common barn Owls typically produce 1 or 2 of these pellets a day. Owls are nocturnal hunters and survive on a diet of rodents, such as Mice, Rat and Voles. Due to their hunting efficiency and ability to reduce rodent populations, some farmers intentionally attract Owls to inhabit their land by constructing artificial nests.

In this practical, students study barn Owl pellets to develop a food web model. Food web models map the trophic (feeding) networks between species. Like food chains, food webs map predator prey relationships; however, food webs show energy relationships among plants and organisms. Owl pellets are perfect to study Owl diet, prey region and habitat. Their pellets can be used to determine relative numbers of small animals found in an Owl’s feeding area. For example, a study on 200 pellets from a barn Owl which produced 454 mammal skulls showed 225 Voles, 179 Mice, 20 Shrews, and 20 Rat. Students conduct a similar study by dissecting an owl pellet and identifying the origin of the bones located within it. After counting the number and variety of prey found within their pellets, students develop a food web and calculate the average diet of barn Owls using the class data. Using the food web and simple calculations, students track energy flow and biomass in Owls to explore the concepts of matter and energy conservation, interdependence between organisms within ecosystems, and predator/prey relationships. 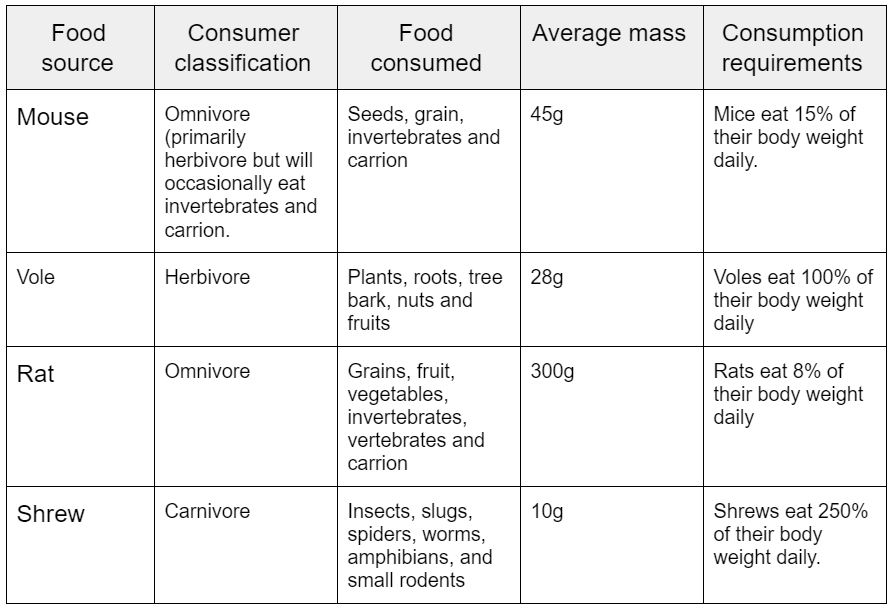 Individual results will vary. Below is an example of expected results.

Based on the Owl pellet dissection results, the simple food web should resemble the figure below, with the trophic levels and type of consumer labelled. The sun should be included as the energy source for the plants. 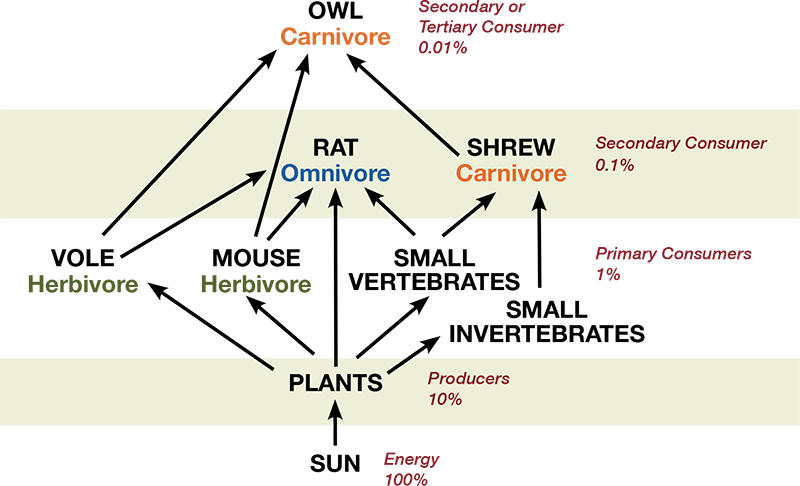 The below results are based on an Owl that consumed 50% Voles, 40% Mice, 5% Rat, and 5% Shrews. The figures below are to be used as a guide only as the quantities and calculations will depend on the individual animals.