How Snakes Lost Their Legs 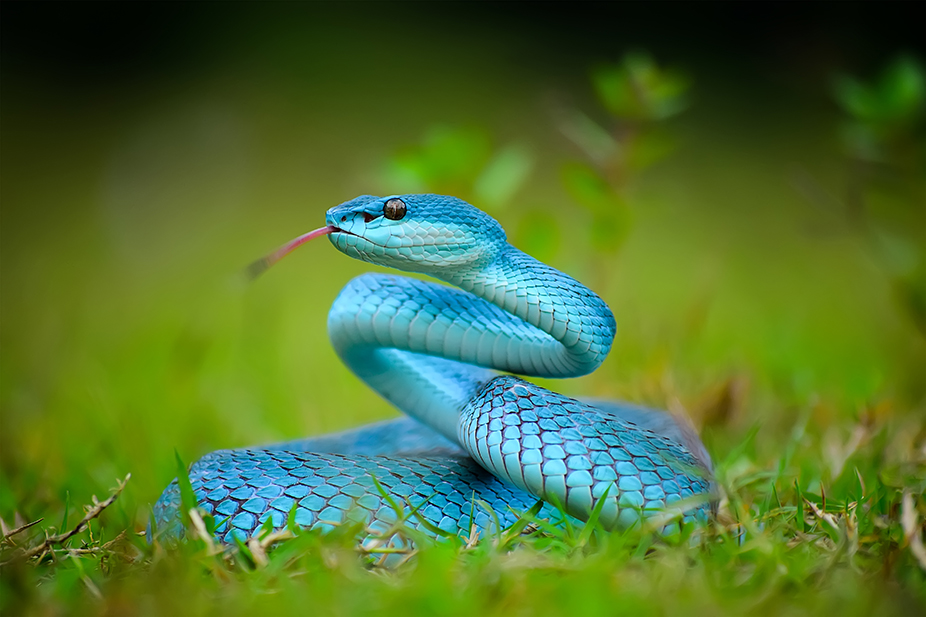 There is a vast amount of Fossil, embryological, and genetic evidence that indicates that snake’s ancestors had legs. The disappearance of snake’s legs over time can be used as an excellent model to guide students through an exploration of the concept of evolution and its relation to cell differentiation, mutation, and gene regulation.

Understanding how the snake lineage may have lost its legs, requires us to examine how cells differentiate during embryonic development. Cellular divisions from the same fertilized egg results in the tissues in vertebrates. The destination of these cells and the function they will serve will cause the cells to differentiate to serve. Genes control the signals cells receive signals to determine their form and function.   ‘Gene expression’ occurs when a gene is transcribed into mRNA, and the mRNA is then translated into a protein. For an organism to thrive, it must be able to express genes under specific conditions and at specific times.

All Vertebrates share a common ancestor, but the influence of genetic mutations over millions of years has led to very significant variation among them. Species with similar DNA sequences evolved from a more recent common ancestor, while more distantly related organisms have greater differences in their DNA sequences via mutations that have accumulated over time. Mutations that positively advantage an organism's survival are far more likely than mutations which hinder its ability to survive. Positive mutations that provide an advantage often occur through natural selection. Natural selection; driving force of evolution means, changes in the snake lineage are likely to provide an evolutionary advantage for survival and reproduction.Evidence suggests that Hox genes, were the result of a gene duplication. Hox genes are a group of genes that control the vertebrate body structure. Gene duplication is a kind of insertion mutation that is the result of an entire section of DNA in the genome that codes for 1 protein is mistakenly copied twice. If during duplication, all regulatory sequences that control transcription and translation of the protein are present, both regions will code for the same protein. One of the two DNA sequences can change when a second copy of the gene is available.  While the other copy maintains its original function, it may change to serve a new function.

Hox genes are responsible for the regulation of differentiation in the cells of the animal embryo. The expression of Hox genes along the long axis (head to tail) of an animal provides the basis for anterior–posterior tissue specification. This determines the head and hind proportions. Mutations in a Hox gene, or a new time or place of expression, can have a drastic impact on the animal. It can result in completely different organs and organs developing in different of the body. Gene expression in one region of DNA can be altered by mutations in another region. This occurs because select genes, or portions of genes, regulate levels of transcription. Regulating transcription involves turning on, turning off, turning up, or turning down genes. The pattern of Hox expression determines the fate of the cells in vertebrate that will become the vertebrae. Some combinations of Hox signals develop thoracic vertebrae (having ribs), while others create cervical (neck) vertebrae or lumbar (lower) vertebrae.

It is likely that snake lineage lost its ability to generate forelimbs prior to losing hind limbs as fossil findings reveal snakes with present hind limbs but no forelimbs. Vipers and some other extant snakes are entirely limbless. Conversely, more primitive extant snakes, such as boas and pythons, have pelvic girdles and rudimentary femurs. The loss of forelimbs and the loss of hind limbs are studied as separate evolutionary events. The forelimb occurs through a particular combination of Hox gene expression. Forelimbs develop anterior (toward the head) to a domain of HoxC-6. The expression of both HoxC-6 and HoxC-8 will cause the vertebrae become thoracic vertebrae, meaning it will have ribs. In the vast majority of snakes, the region of HoxC-6 and HoxC-8 expression extends along most of the body. The absence of HoxC-6 expression will signal tissue to develop forelimb. This absence of HoxC-6 was likely expressed in snake’s four-legged ancestors where they developed forelimbs. The RNA expression of HoxC-6 extended toward the head over many generations until the forelimb bud formation was eliminated; developing the snakes we see today.

While some snakes still have rudimentary hind limbs, snake ancestors, the Mosasauridea, had forelimbs and hind limbs. Pachyrhachis, an extinct snake and one of the oldest known, had no forelimbs but complete hind limbs. Extant snakes; the Boidae have rudimentary hind limbs only but most modern snakes such as the viper and Colubroidea, are completely limbless. Evidence suggests that hind limb development is controlled by another regulatory mechanism, as expression of HoxC-6 occurs at the time and location of hind limb formation; however this process is not yet entirely understood.

Among modern snakes with hind limbs, limbs develop but never into fully formed legs. A signal or lack thereof is likely responsible for a snakes inability to form legs like other vertebrates. The timing of gene expression (called Sonic hedgehog) is critical to the development of hind limbs. Through experiments conducted on mice, researchers were able to observe differences in sonic hedgehog expression can affect hind limb tissue development. Researchers found that the sonic hedgehog protein need to be correctly regulated otherwise a mutation in the sonic hedgehog regulatory region of DNA will cause the limbs develop abnormally. The research showed that mice will develop without feet if the regulatory sequence is completely deleted. This abnormal limb mutation in mice is comparative to the tissue of the python's rudimentary hind limbs. Like other vertebrates, the python expresses functional sonic hedgehog RNA in the body, but not in the hind limb region. It is believed that the sonic hedgehog gene plays an integral role in how snakes lost their hind limbs.