Fear and the Autonomic nervous system 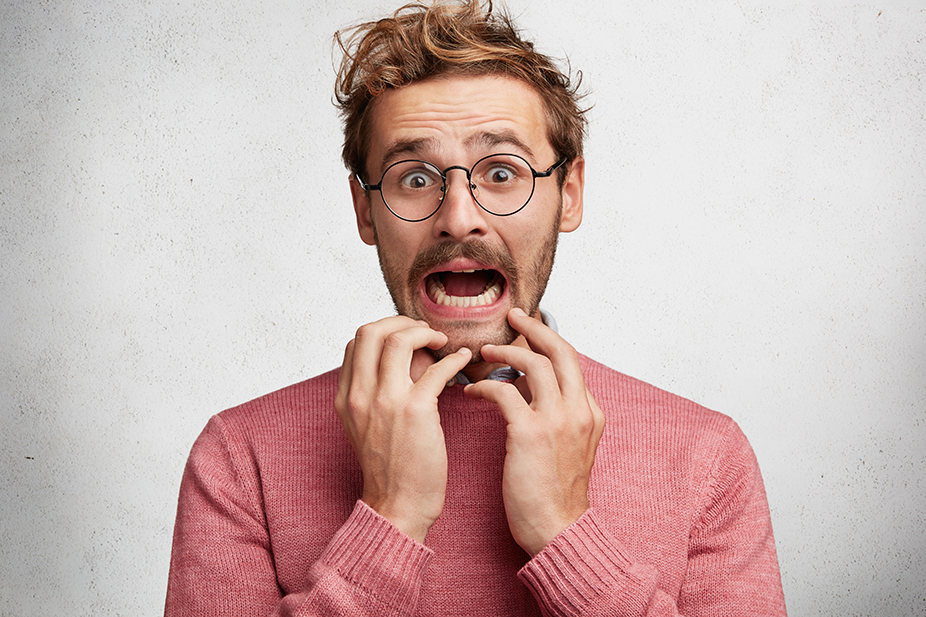 On a dark night, a kid named Josh, is camping with his dad and younger brother. His dad asks him to take the torch and go get more firewood while he finishes preparing dinner for the camp stove. But it is very dark in the bush and Josh gets scared by the shadows of the trees at night. He is convinced they follow him as he walks. He is reluctant, but he is also really hungry and knows they need more firewood to cook dinner. His dad makes really great campfire stew. As Josh walks down through the trees with his torch in tow, all he hears are gusts of soft wind. It’s difficult to see due to the darkness and low-lying fog. He can only make out the overlying trees and some faint moonlight, but he is all alone. With caution, he continues his walk until he is completely surrounded by trees. Suddenly, out of nowhere, he feels a hand tap his back. Josh freezes in fear. He drops his torch in fright and his entire body freezes with legs and hands shaking. His heart is racing, and his pupils dilate as he sweats. His body is threatened and preparing itself for an attack! What’s is happening within Josh’s body? There are biological processes that occur within our bodies when we are scared. Fear triggers a primitive part of our brain that controls many involuntary functions.

Fear and our bodies

A scientist named Walter Cannon described the fight-or-flight response in his published works in the 1920s. Fight or flight refers to an animal’s natural response when threatened. Like all animals, our bodies also undergo the same physical and chemical processes that decide how we are going to react in life threatening situations.

Below is a summary of what occurs in the autonomic nervous system (ANS), which controls involuntary actions, when we are threatened.

Having the hormones Adrenocorticotropic, cortisol and epinephrine released within the body has many physical effects. During fear response:

A variety of tools can be used to measure these physiological responses:

Now you have a more in depth understanding what Josh’s autonomic nervous system (ANS) is doing whilst he is scared. He may choose flight and run away, or choose to fight; turn around and confront the mysterious figure. Regardless, his body is ready to deal with the threat. As Josh gets ready to deal with the threat, the figure moves into view. It’s his dad and he's standing there with the bucket he forgot to bring to carry the firewood. The next time you are scared by something you see, whether it’s a scary movie or seeing something unexpected as you walk at night, know that  your body is going through a series of physiological reactions in order to ensure your survival.