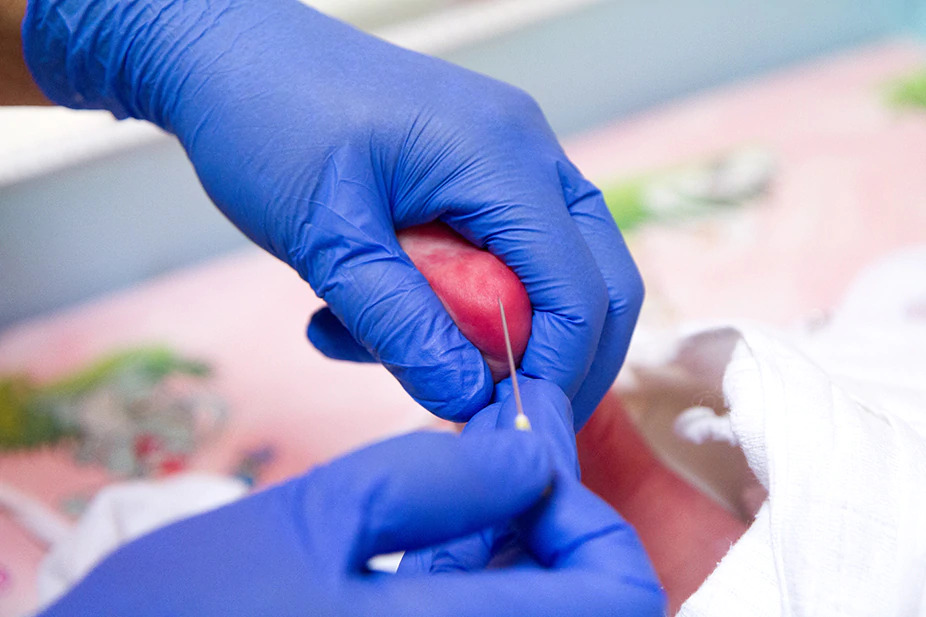 Enzymes importance is an abstract concept for students. Highlighting the connection between enzymes and human genetic disease to make the subject more engaging and relevant to the real world. Newborns are commonly screened for phenylketonuria and galactosemia, genetic diseases that are the result of a single missing or malfunctioning enzyme.  Management of these diseases would require infants to be placed on specialised diets.

Phenylketonuria (PKU) is an autosomal recessive disease caused by an inborn error of metabolism caused by a deficiency in the hepatic enzyme phenylalanine hydroxylase (PAH). In Australia, approximately 25 babies are diagnosed with PKU each year (based on the recorded incidence of new cases). The incidence of the disease varies greatly between populations; from 1 in 15,000 births in the U.S., as high as 1 in 4,000 in Turkey and as low as 1 in 200,000 births in Thailand. It affects one in every 10,000 births in Caucasianswith the highest incidence being in Northern Europe. Symptoms include mental impairment, seizures, rashes, and light skin, hair, and eyes. PKU occurs when the gene coding for phenylalanine hydroxylase enzyme (PAH) is mutated. The PAH enzyme adds a hydroxyl group to the aromatic side chain of phenylalanine to form tyrosine, one of the essential amino acids. This reaction is also a critical step in the breakdown of phenylalanine. Phenylalanine is an essential amino acid but toxic at high levels. People with PKU may also have a deficiency of tyrosine due to PAH's role in the synthesis of tyrosine. PAH activity requires the cofactor tetrahydrobiopterin (BH4); other forms of PKU occur if this cofactor is absent or non functioning.

PKU testing on newborns is conducted in most developed nations. To prevent the development of symptoms, those who test positive for low PAH activity are put on a diet low in phenylalanine. Phenylalanine-free formula is available for infants who test positive for PKU. High protein foods are to be avoided, as the high protein foods such as meat, fish, eggs, cheeses, nuts, and seeds and standard bread, naturally contain the amino acid phenylalanine which PKU patients are not able to sufficiently metabolise.

The dietary restrictions stipulate that even some low-protein foods, must be eaten only in very small amounts. For sufferers the diet can be very difficult to adhere to. Because of this difficulty, a focus on diet alone is not a sustainable solution to prevent negative symptoms caused by the disease. Because of this, further research is currently being conducted to explore alternative methods to manage PKU better.

Galactosemia sufferers are incapable of breaking down galactose. Galactosemia is an autosomal recessive disease that can result from the loss of a single enzyme. Whilst it varies among some populations the incidence of Galactosemia occurs in approximately 1 in 30,000 to 1 in 60,000 births. Galactosemia is different from lactose intolerance, whereby the enzyme for digesting lactose is absent.

Other forms of galactosemia can result from other missing or malfunctioning enzymes in the galactosidase catabolism pathway; but galactosemia resulting from missing GALT remains the most severe and common form.

In classic galactosemia, galactose-1 phosphate and subsequent metabolites build up in body tissues can result in intellectual impairment and other neurological problems. Further health implications can include: speech difficulties, cataracts, ovarian failure, an enlarged and/or cirrhotic liver, kidney failure, and decreased bone density. If left untreated in infants, feeding difficulties, bleeding, bacteria in the blood (sepsis), liver damage, failure to thrive, cataracts, and shock can result.

It is critical for individuals diagnosed with galactosemia, particularly infants and young children to avoid consuming galactose and lactose in their diet. Infants must not be allowed to consume either human and cow's milk and should be fed special formula that does not contain the 2 sugars. Even as the child ages, foods containing lactose should not be consumed, and food containing galactose, including many fruits and vegetables should be avoided. Determining the level of restriction of the consumption of these food is generally made later in life. Similar to PKU, particularly with regard to infancy dietary restriction are critical to preventing or slowing symptom development.

The human body produces small amount of galactose on its own and some researchers believe that this might account for some persistent, that continue even under a strict dietary regimen. To understand how the disease might be better managed, further research is currently being conducted.

Phenylketonuria and Galactosemia illustrate how a single enzyme loss can have severe medical implications; demonstrating how enzymes are critical to life. You may task your students with conducting additional research into other diseases or disorders that result from the loss of specific enzyme activity. Conducting research on the genetics behind PKU and galactosemia is a great way for students to strengthen their understanding of the connection between genotype, proteins, and phenotype.

Southern Biological supply a range of enzymes that can be used to conduct practical activities to demonstrate enzymes in action, feel free to speak to one of our technical experts to walk you through how to introduce these into your classroom.