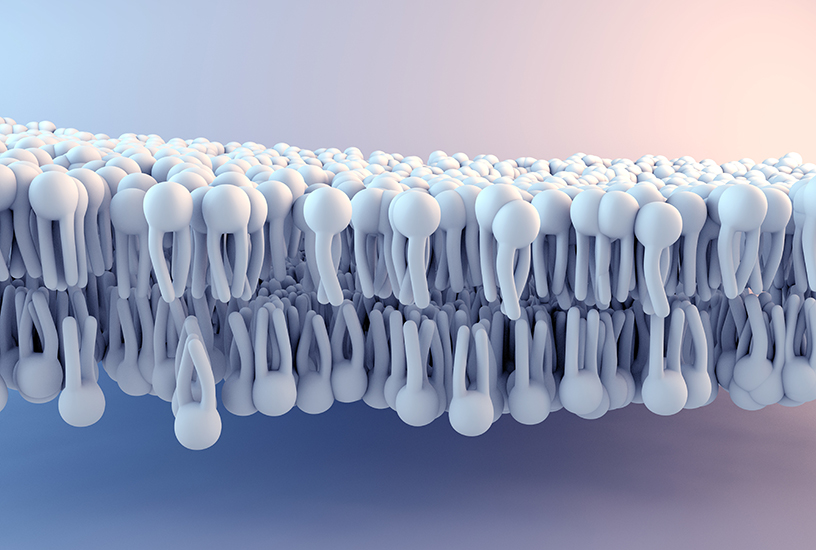 Lipase is an enzyme which works to break down lipids (dietary fats) which are triglycerides; that is, they are esters formed with three fatty acid molecules on a glycerol backbone. Lipase hydrolyses the bonds between the fatty acids and the glycerol, splitting up the triglyceride into fatty acids so that they can be absorbed into the digestive system.

In this practical, students use hydrogen carbonate indicator to observe the drop in the pH of lipid samples as Lipase breaks down the triglycerides into fatty acids. Bile salts are used to emulsify the lipid samples to speed up the rate of reaction. Hydrogen carbonate indicator changes colours in the pH range 7.6 to 9.2, from yellow at the neutral end through orange and red to purple at the alkaline end. Sodium carbonate is used to increase the starting pH into the observable range, however care must be taken with the volume added as a pH of 10 or more can denature the Lipase. It is advised to aim to get the indicator into the red area rather than purple for this reason.

Students can work in pairs or groups, and test a range of lipids or just one type with a range of variables such as temperature. This prac is a great way to explore enzymes with a visual result, and allows the opportunity to touch upon topics such as acidity and alkalinity, hydrophobic vs hydrophilic, surfactants, micelles and surface area.

Vegetable oil may only need a few drops of sodium carbonate to edge the pH toward purple, while olive oil may need a drop or two extra. Milk may need one to two millilitres. Vegetable oil may start to change colour almost immediately on the addition of Lipase, assuming that it has not been made too alkaline, and milk may take five to ten minutes. Leaving the experiment for some extra time should deepen the colours and make the changes more obvious.

Discuss triglycerides with your students, in particular that they are made up of three fatty acids attached to a molecule of glycerol. There may be one, two or three different types of fatty acids which make up one triglyceride molecule. Students may be able to recognise that the breakdown by Lipase of the triglycerides into fatty acids is the reason for the drop in pH as the reactions progress.