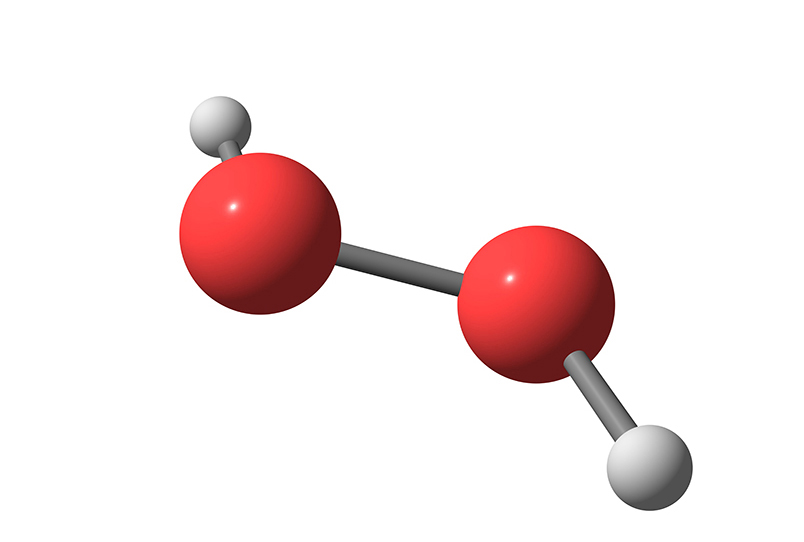 Normal oxidative cell processes in living organisms, including bacteria, plants and animals, can lead to the formation of hydrogen peroxide, H2O2. This can be very damaging as it is soluble in water and attacks proteins, cell membranes and DNA.  To combat the ever-present threat of hydrogen peroxide, living cells produce an enzyme known as Catalase that rapidly breaks hydrogen peroxide down into water and oxygen. This experiment, studies the effect of substrate concentration on the rate of reaction.

Discs of porous filter paper are soaked in a solution of catalase then submerged in a beaker  containing hydrogen peroxide. As the reaction proceeds, tiny bubbles of oxygen form and coalesce into larger bubbles. Eventually, there will be enough bubbles to make the paper disc buoyant and it will lift off the bottom of the beaker and float to the top. The time from submersion to “lift off” is a measure of the rate of reaction.