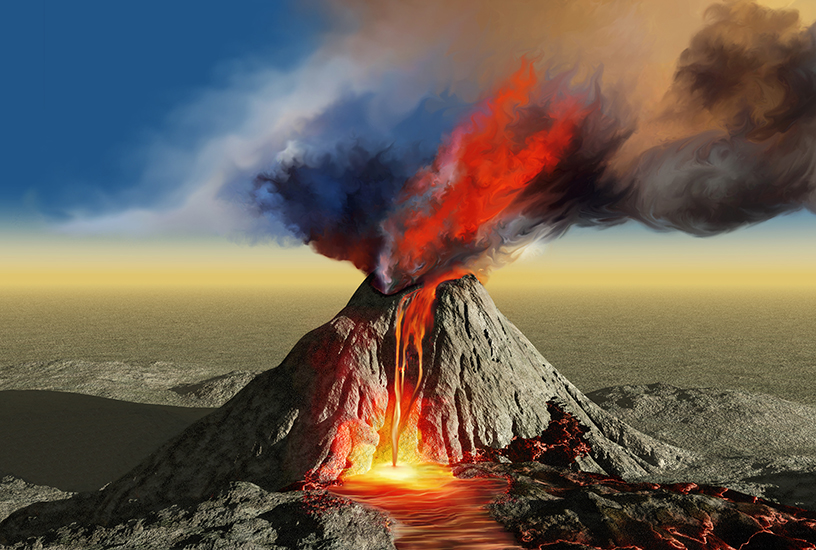 The Earth’s structure is comprised of many layers; however, it consists of three basic parts: the core, mantle and crust. The core is separated into two layers: inner and outer (see Figure 1). As the hottest thing on earth, you wouldn’t expect the inner core to be solid, but the intense pressure exerted on it maintains a stable, solid form. The outer core is not required to withstand the same levels of pressure and thus, is liquid. The mantle, which makes up 84% of the total volume of our planet, lies between Earth’s outer crust and its core. Similar to the core, the mantle is divided into regions. The mesosphere layer of the mantle surrounds the outer core, and is very rigid. Lying on top of the mesosphere is the asthenosphere. The asthenosphere is slow moving and viscous. The lithosphere is the uppermost layer of the mantle and it remains cool, due to its distance away from earth’s heat radiating core. This layer contains rigid, brittle rock and forms part of Earth’s outer shell. 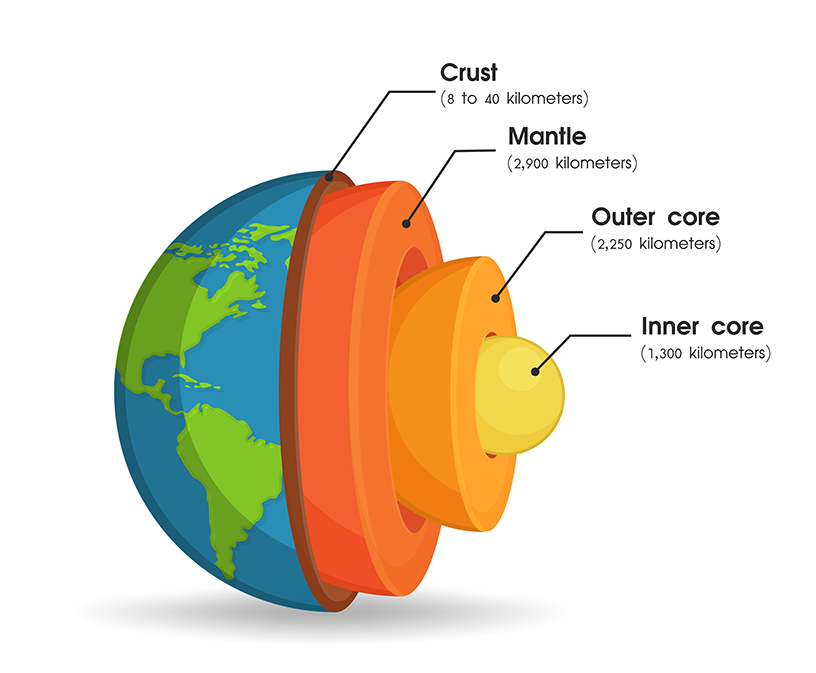 Figure 1: Layers of the Earth

Also contained within the lithosphere, is the earth’s crust. The Earth’s crust is composed of oceanic or continental crusts. The continental crust is thicker but less dense than oceanic crust; however, both are comprised of solid rock. As temperatures and/or pressure increases, sections of the lithosphere melt to form molten rock. Molten rock that forms underground, magma, amasses in magma chambers (pockets under the crust). When specific temperatures and pressures are reached within the magma chamber, magma is expelled into the Earth’s crust. Volcanoes form when these high-pressure magma chambers are located near weak places in the earth’s crust. The chambers expel magma, causing the crust to break open and form a volcano. The function of a volcano is to allow gas and lava (previously molten rock) to escape to the surface of the earth.

Students will observe the melted wax will rise through the sand, and solidify as it enters the cool water.